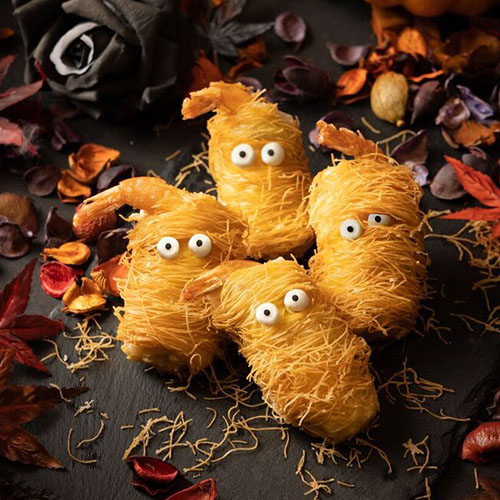 The spookiest night of the year is just around the corner and YUM CHA is celebrating with a new selection of bewitchingly delicious treats. With dim sum and local delights taking the form of mummies, bats and skulls, YUM CHA’s four destinations across Hong Kong are raising the bar for trick or treating this Halloween.

Feeding cameras and mouths across the city, YUM CHA specially designs these spine-chilling snacks to bring a taste of Halloween from 1-31 October. 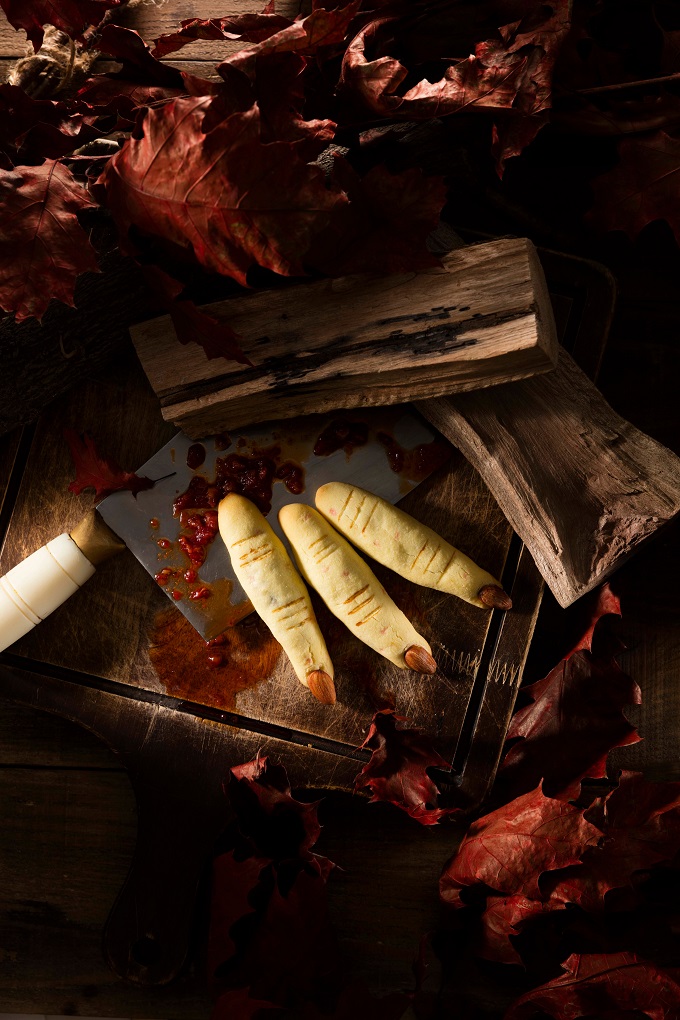 BBQ Pork Finger Puffs (HK$49 for 3 pcs), carefully and artistically created to look like a Zombie finger; scary on the outside but delicious on the inside with premium pork pieces hand-rolled in a golden pastry case. 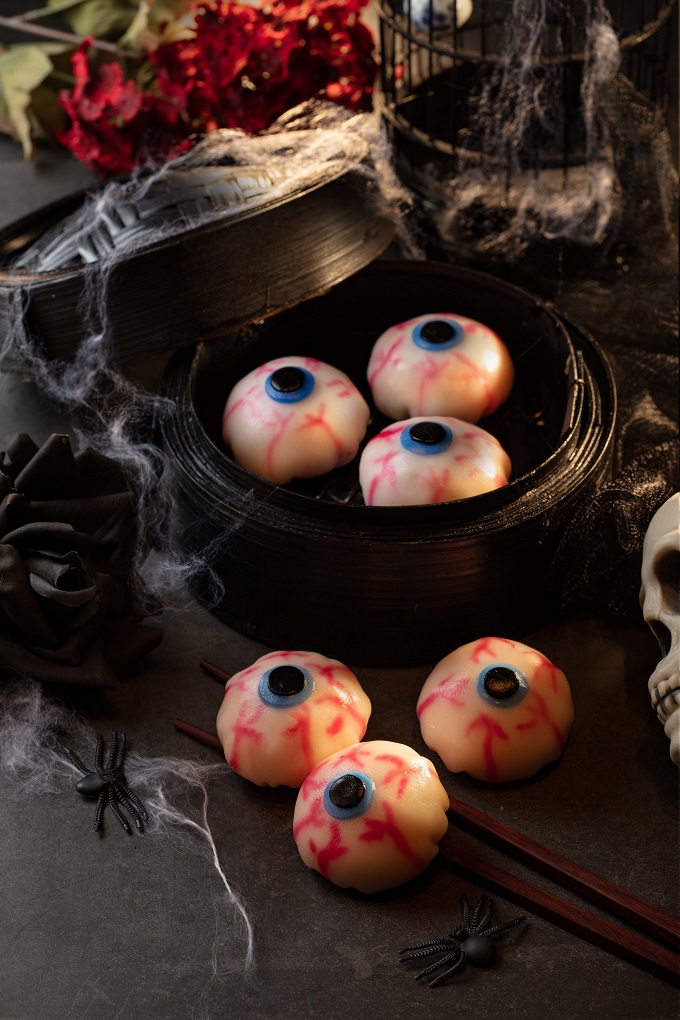 Steamed Shrimp Dumplings (HK$49 for 3 pcs) turn traditional Har Gow into terrifying edible eyeballs, like the zombies hunting on the Halloween while enjoying this dish. 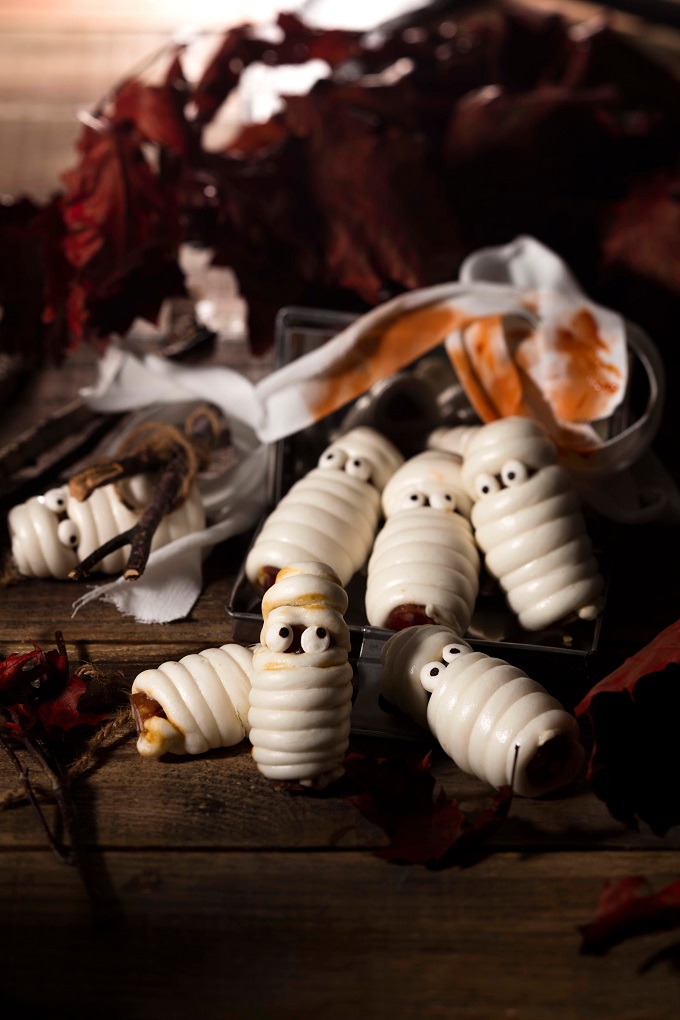 Steamed Mummy Sausage Buns (HK$49 for 2 pcs) wrap traditional Chinese sausage in warm soft dough, with tiny eyes peering from the mummy binding as the bun is bitten into. 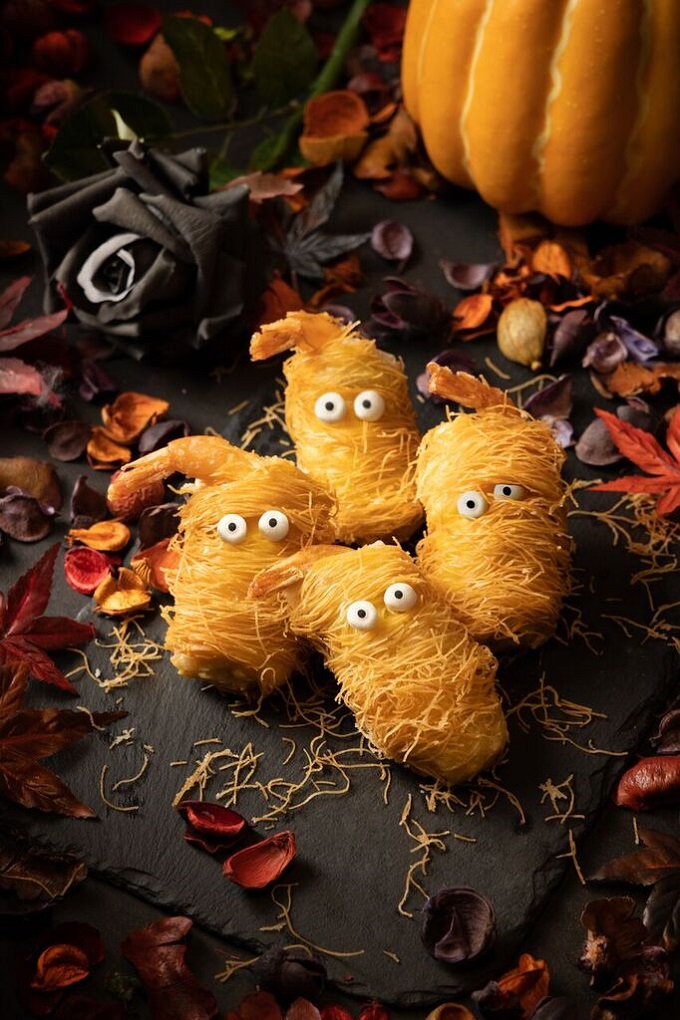 Crispy Cream Prawn (HK$89 for 4 pcs); with juicy prawns inside the kataifi pastry, it looks like a wrapped up mummy. Also with little eyes add character and the prawn tail pops out on top, making it easy to grab and eat bite into the mummy by its head. 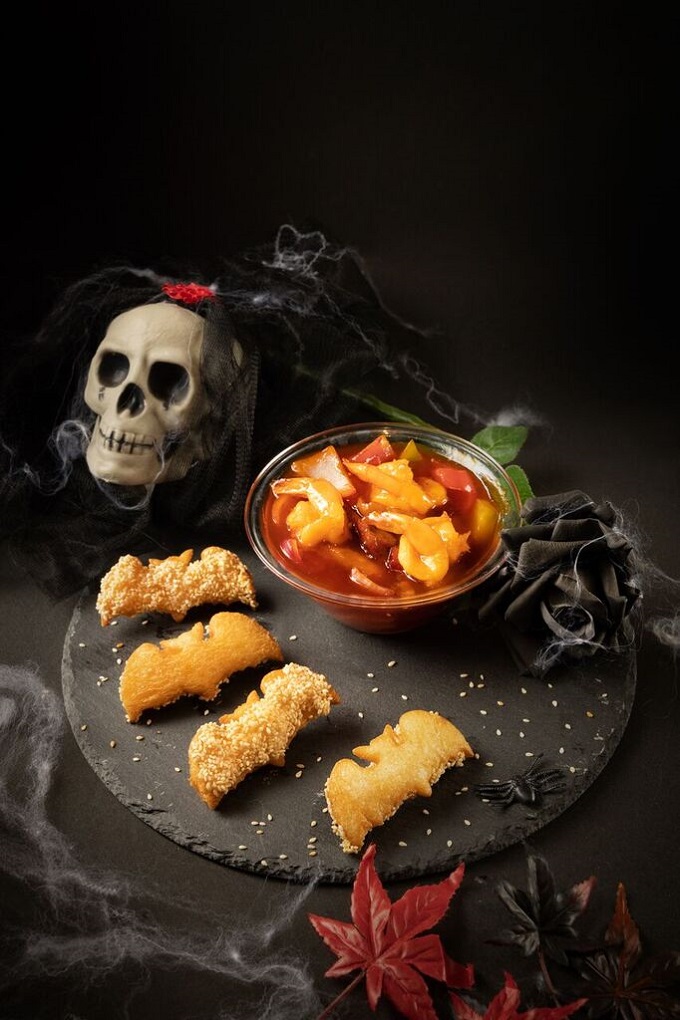 Crispy Toast with Sweet & Sour Sauce (HK$76 for 4 pcs) was fried to a crispy taste with white sesame seeds above. The bat appearance with sweet and sour sauce made it as an appetizing snack. 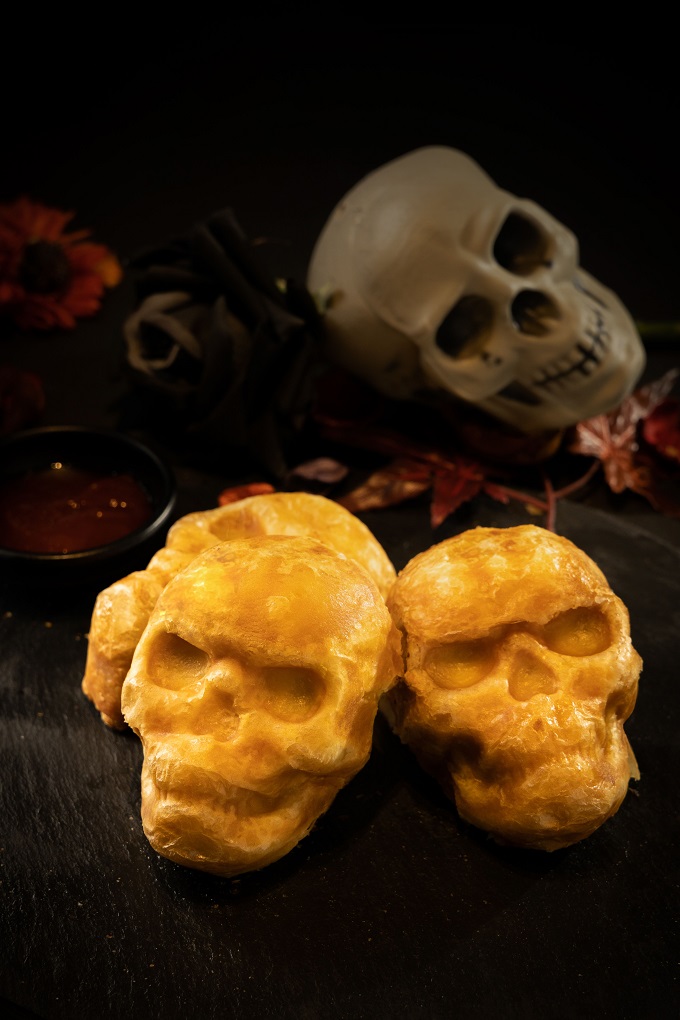 Baked Cheesy Chicken, Mushroom & Baked Beans Puff (HK$69 for 1 pc) is pastry puff within moreish filling of cheese, chicken, mushrooms and baked bean with tomato sauce. This could be the first skeleton skull you dare to taste. 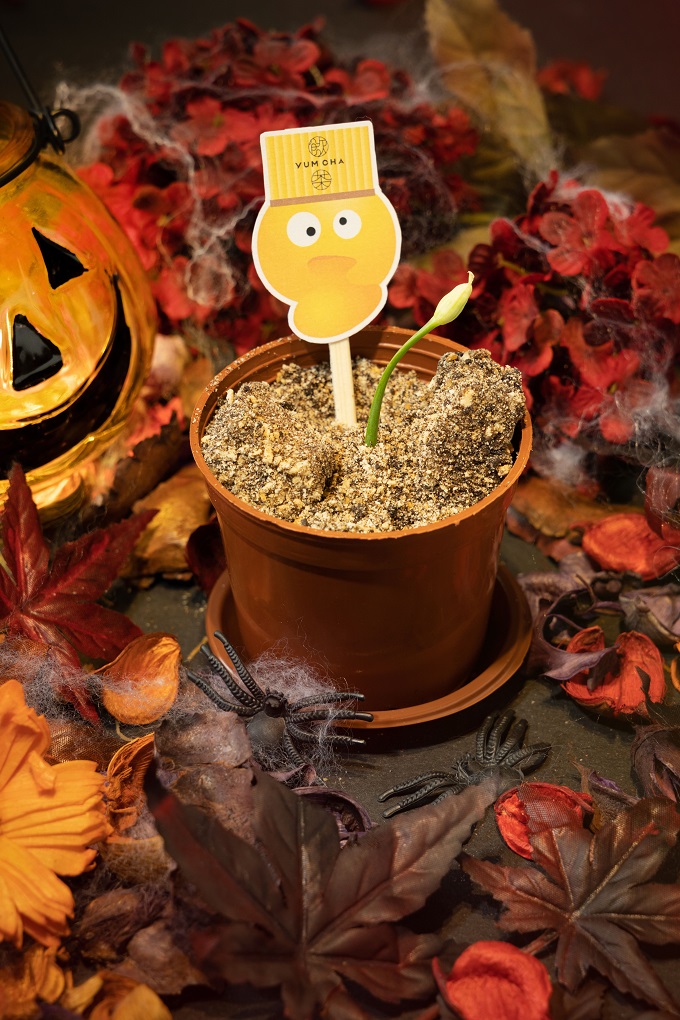 Mochi with Chocolate & Peanuts Chip (HK$28), an earthy dish made from brown sugar, chocolate and peanuts that holds a zombie character rising from the dead. Don’t hesitate to eat it otherwise the zombie will jump out of the ‘mud’.