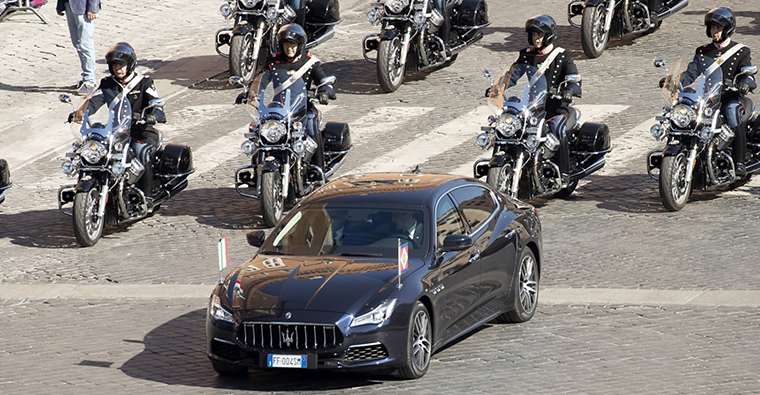 On 14 December 1979, the Maserati Quattroporte 3rd generation, in both automatic and manual gear-shift, was presented to Italian President Sandro Pertini. The ceremony held at the Quirina Palace in Rome was attended by the minister of industry and trade, the RT hon Antonio Bisgalia, and the CEO of Maserati, Alejandro de Tomaso.

The Quattroporte 3rd generation was characterised by a luxurious and refined interior. One of the car's original features was a large ashtray with pope holder between the rear seats. This was requested by the President himself, and Masarati modified the rear bench to create it. The car also featured a bar cabinet, a telephone system, and an intercom for communication with people outside the car. The roof could be opened electrically above the rear seats to allow the president to stand up and greet crowds while on the move, a special handle was installed on the back of the right front seat to make this upright position safer and more comfortable.