Best Bartender in the World Mr. Lyan Makes His Bloody Marys with a Microwave 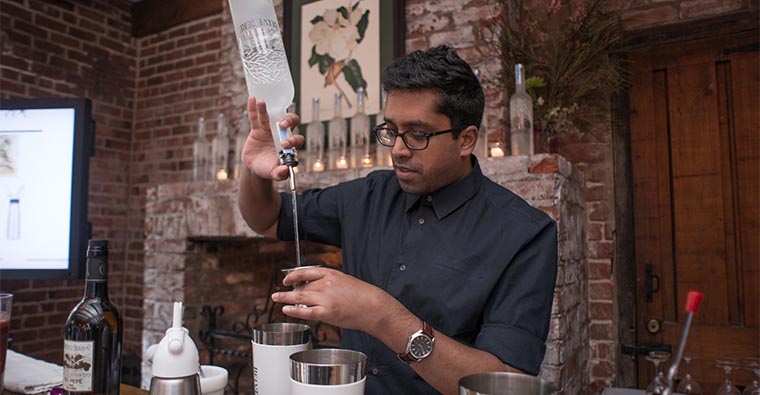 Polish vodka royalty Belvedere recently paid a visit to Hong Kong to introduce the rye-based liquor’s all-natural philosophy, and helping to present was the UK’s king of cocktails himself, International Bartender of the Year 2015, Ryan Chetiyawardana—better known in the industry as Mr. Lyan, who has opened three top ranking bars in the world. Two of which—White Lyan and Dandelyan in London—have each won a string of accolades, frequently making appearances on global Best Bar awards lists. We sat down with Ryan at the recent event and talked cocktails, his ideal drink and how you can blitz a mean (and fancier) bloody mary at home: using a microwave.

How did you come across the world of drinks?

I grew up in the UK: I was born in Manchester but grew up in Birmingham. It was a big part of my Sri Lankan family to have food and drink around us. Strangely enough, drinks weren’t a huge part of it; my parents didn’t really drink, but there was a lot of entertaining around food. To me, that’s what food was. It was a gathering around people. That’s set the tone for the way I see food and drink. I came across the cocktail world through that. I was coming down to London for art college, and I wanted to do something practical in between. Having been involved in food for so long, I said, “right, there’s a college of food in Birmingham, I’ll enroll there, start training as a chef, and I can do that just as an interest.” I fell in love with the food side and loved the organization of the kitchen, but it felt very odd to me to be locked in a kitchen. It was far removed from the idea of bringing people together. I switched to working in a bar, and while I was studying in London and in Edinburgh, bartending became my constant.

"It’s about having the right drink for the right scenario."

To you, what makes a good drink? Is it that social aspect too?

Sort of, it’s balance: It’s about having the right drink for the right scenario. Sometimes you’re in a situation that’s quite intimate, and you want a drink that suits the one or two of you. Other times it’s something you can have in a bigger group in a larger, more social event. It’s the music, the lighting, the cocktail itself: the glass, the style of ice, the flavours, the acidity, whether or not it’s carbonated; all of these things interact. It’s what I based my book on: the idea around occasion-led drinks, understanding what works based on the scenario.

And what makes a bad drink?

Bad ingredients. Ingredients that aren’t fresh, not at their peak: For instance, having strawberries in winter just doesn’t make sense. A real apple at the right time is magical, and when things aren’t at their best they’re kind of pointless. There’s no point in using bad booze—that just makes it about the alcohol, and for me, it’s never just about the alcohol. It’s a benefit to have the social lubrication that alcohol gives, but you shouldn’t be drinking to get loaded. And you should be using the ingredients for flavour rather than just showing off and saying “I’ve got strawberries in December.”

What’s your absolute go-to drink at a party?

I drink beer, I drink wine, it depends on the setting. I love drinking cocktails, and the thing I love about cocktails is that they work better than any other foodstuff for showcasing or bolstering or contrasting a mood. If you’re feeling excited by something or want something comforting and enriching, there are foods that work in that scenario, but cocktails do it better. If you’ve got 20 friends at a party, it’s impossible to shake up 20 margaritas for them. They’re not gonna taste good! You want something light and delicate, that’s why highballs and spritzes work, they give you pace and room to open out; light enough that you’re not going to knock yourself out. 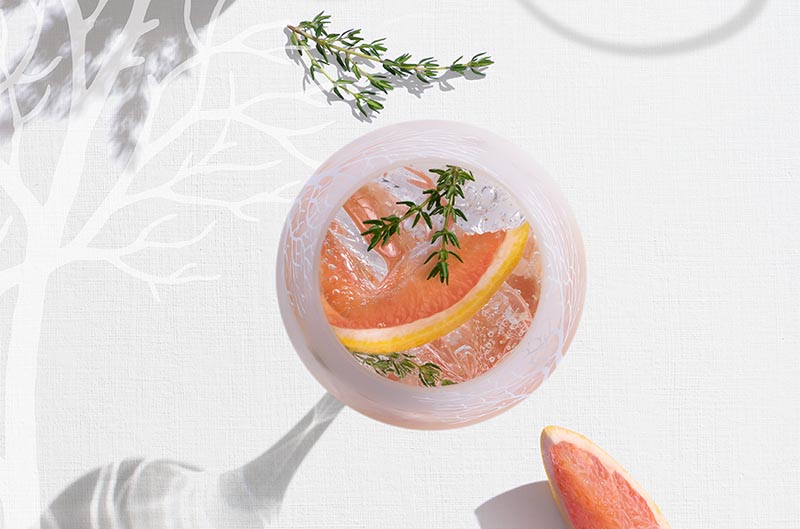 Could you describe yourself in a cocktail?

It’s quite simple, I think. For my love of things that are complicated, and my ability to make things complicated, ultimately the things that are important to me are very simple. Drinks such as a scotch and soda, a vodka martini, or a spritz, are things that are wonderful because they have this adaptability to them. I’m a flexible human being, I’m not someone who’s stuck in their ways about stuff, so I that’s probably gonna be my area of drink. To me, Scotland’s kind of home, and scotch and soda is my easy go-to, but I do love to champion the underdog, like vodka and tequila, they’re those things that people tend to dismiss.

MORE: 4 Unusual Restaurants You Should Visit

Can you share a simple cocktail recipe for people to make at home?

Here’s one for a bloody mary: What I do is use some Fino sherry to give a dry base for it. Infusing [spices] into the vodka—because the microwave gets so hot—it might not be the smartest thing to do because the vapours rise off rapidly. Also the vodka would strip out too much of the flavour. I just want the oiliness and the richness of the spices.