4 shows you shoud binge watching on Netflix in November 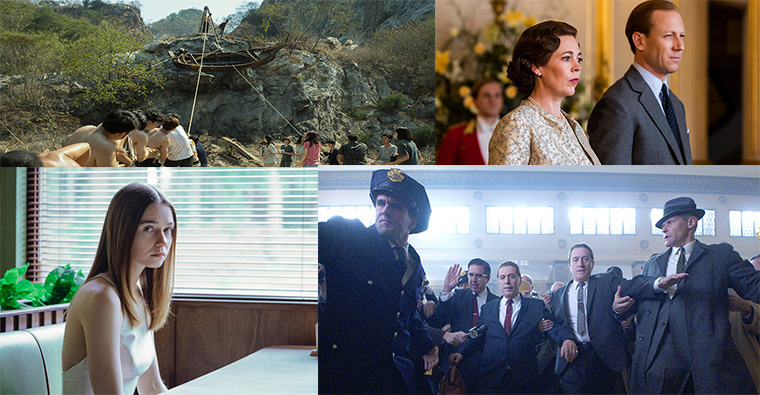 Thinking of something to watch with your pumpkin spice latte? Check out these guides.

Plot: Two years after James and Alyssa's hair-raising road trip, a woman obsessed with the man they killed is released from prison and sets out for revenge.

Plot: 18 year old Kraam survives a devastating tsunami along with thirty-six of his fellow students at an elite private high school on a remote island in the Andaman Sea. As mysterious events start happening on the island, it quickly becomes clear that no one is coming to rescue them and Kraam must lead the students to rescue themselves.

Plot: While England in the Swinging Sixties confronts an economic downturn and fierce nationalism, the royals are scrutinized as aristocratic freeloaders.

Plot: Robert De Niro, Al Pacino and Joe Pesci star in Martin Scorsese’s THE IRISHMAN, an epic saga of organized crime in post-war America told through the eyes of World War II veteran Frank Sheeran, a hustler and hitman who worked alongside some of the most notorious figures of the 20th century. Spanning decades, the film chronicles one of the greatest unsolved mysteries in American history, the disappearance of legendary union boss Jimmy Hoffa, and offers a monumental journey through the hidden corridors of organized crime: its inner workings, rivalries and connections to mainstream politics.

Sign up now to start watching your favourite shows at www.netflix.com.