Now that the New Year of 2014 has arrived; let’s not let the celebratory feeling distinguish itself and keep it burning by enjoying Chinese New Year earlier this year at the end of January, 2014. Duddell’s, in hands with our Hong Kong representing artist Stanley Wong aka anothermountainman has especially designed a limited- edition Chinese New Year cake box with the artist’s signature usage of the red white and blue theme. 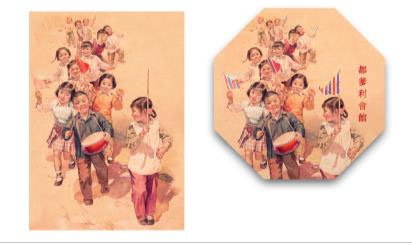 Containing Executive Chef Siu Hin-Chi’s traditional New Year Cake and Turnip Cake; the limited edition boxes take a page out of a water color calendar by Hang Zhiying and reinterprets it with red- white- blue striped patterns from the symbolic plastic canvas bag in representation of a ‘positive Hong Kong’.

Honoring Hong Kong and distinctly in representation of the city’s culture; the new cake boxes are available for purchase from the 13th to the 31st of January, 2014.