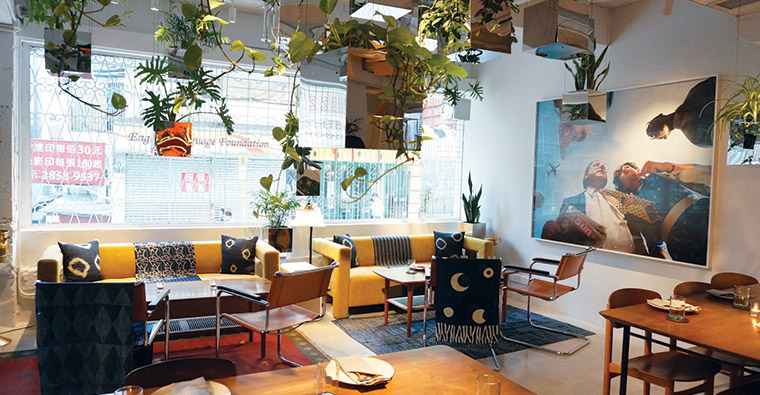 Is it me or have 2016’s new openings felt a bit… well, flat? But thankfully, just in time to add some much-needed fizz to Hong Kong’s dining scene, arrives Potato Head Hong Kong – the +852 outpost of Bali’s much-loved Potato Head Beach Club.

Located in hipper-than-thou ‘hood Sai Ying Pun, you’ll notice there’s a distinct lack of beach going on… but what it lacks in sand, Potato Head Hong Kong more than makes up for in just about everything else. Housed in what used to be a kindergarten, this is a huge space designed for losing entire days in – there’s a casual café-lounge-bar area filled with natural sunlight, hanging plants and comfy sofas, a lifestyle boutique, a music room for DJ nights, a take-away coffee station and most exciting, two whole rooms plus an open kitchen dedicated to its new dining concept, Kaum. 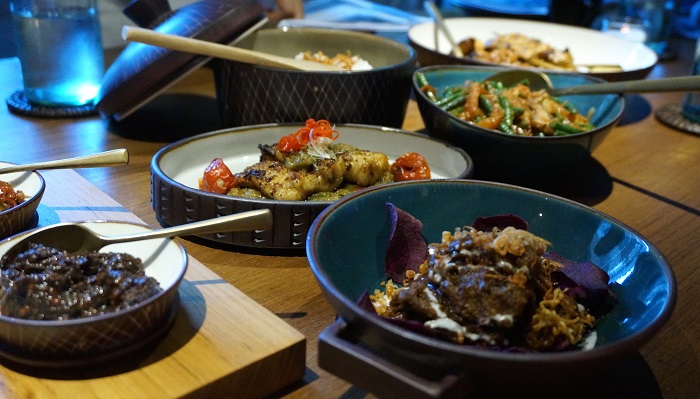 Meaning “tribe” in Indonesian, Kaum serves authentic Indonesian cuisine inspired by the country’s indigenous tribes. Forget dry babi gulings and insipid beef rendangs; this is the real stuff, right down to the room’s intricate ceiling panels, hand-painted by the Torajan people of South Sulawesi. Potato Head Hong Kong has gone to the effort of sourcing traditional recipes and cooking techniques from ethnic tribes and researching ingredients from small-scale, responsible food producers – and the effort totally pays off in the quality of the food.

We were invited to check out Kaum in its soft opening stage – and whilst there were still a few tweaks to be made in service, the flavours were already totally on point. One early highlight was the beef rendang; many of the ones you’ll find around town are swimming in sauce but a real rendang should be much drier, cooked at low heat for around eight hours to create real depth of flavour… and as proof they don’t do things by halves here, Kaum’s version is cooked for three whole days! The beef was out-of-this-world tender whilst the stew’s rich flavour proved instantly addictive; combining chilli, coconut milk, cashews and a host of other spices, it was nuanced but still packed a real punch. 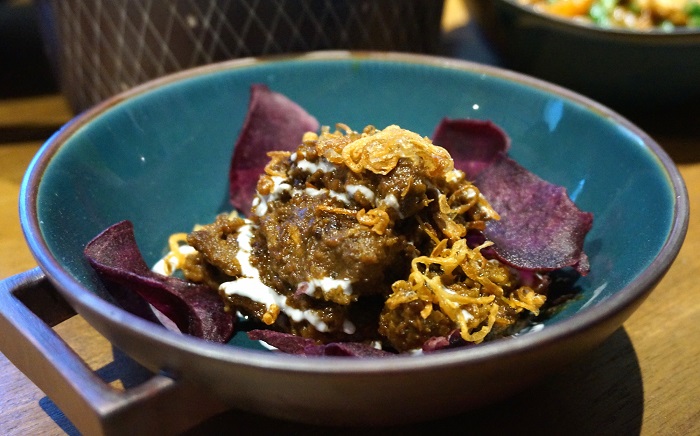 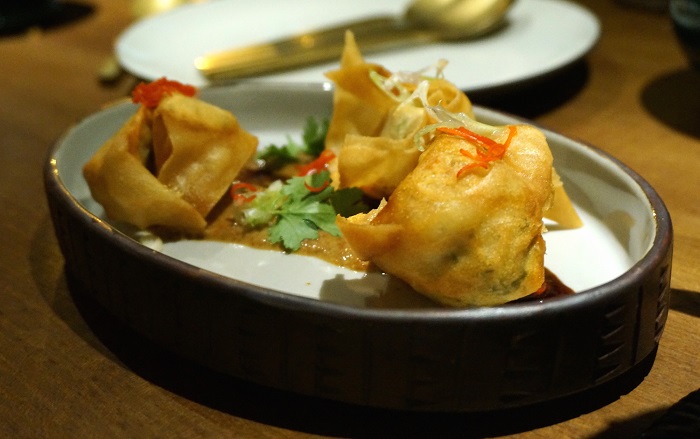 We also loved the batagor – Javanese dumplings filled with prawn and mackerel… think a Chinese deep-fried wonton crossed with a Thai prawn cake and you’re just about there. Boasting an unusual but absolutely delicious roasted cashew sauce (let’s have this in huge saucers next time please Kaum!), this makes a super-tantalising appetiser to a flavour-packed meal ahead… or alternately ordered by the dozen with a few cocktail chasers! Indonesian favourite babi guling was all present and correct too, with juicy tender roast pork and deliciously fatty-but-crispy skin, whilst the pa'piong ayam (marinated chicken wrapped in banana leaves, stuffed in a bamboo shoot and grilled over an open fire) was new to us but just as tasty, albeit a little heavy on the mushrooms. 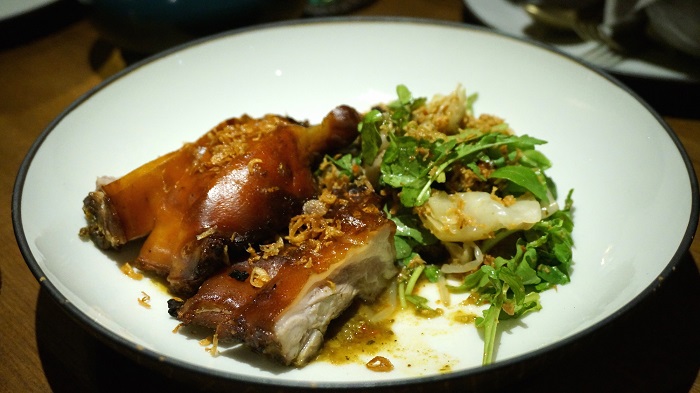 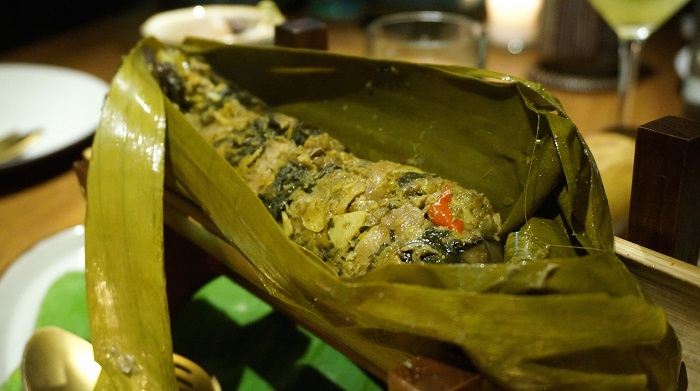 Another Kaum signature is its four types of sambal, which you can apply as liberally as you like to spice up your meal; I absolutely loved the intensity of these bad boys, with the roasted black nut chilli relish being a particular favourite, but do tread with caution as they pretty much blew my socks… and shoes… and maybe even pedicure… right off with the sheer fiery heat of all that chilli! 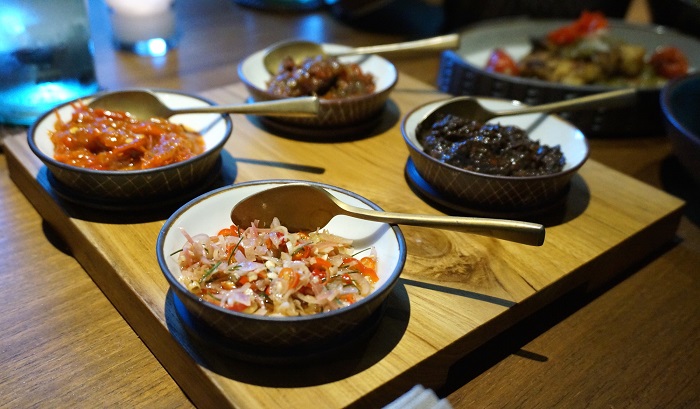 Don’t forget to sample a few of Potato Head’s famous cocktails too – the Kookaburra is a classic from the Bali location, featuring a refreshing blend of lemongrass gin, vanilla sugar, mint, citrus, passion fruit and vanilla foam… we might just have found our new summer tipple of choice! 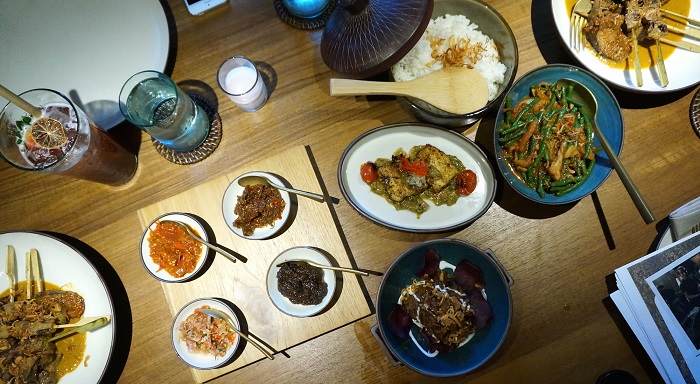 Factor a drink or two each alongside enough sharing dishes to go round and your meal should come to about $500-600HKD per person.

Potato Head Hong Kong is one of the buzziest openings to hit Hong Kong in quite some time, but Kaum more than proves it has the substance to back up its style. If only all restaurants here had the same philosophy, eh?

Photos and article by Rachel Read