Dedicated in advancing the education of design for students here in Hong Kong; the HKDI has constantly been hosting workshops and exhibitions by artists from around the world for their students and the public to see and participate in. Opening from the 4th of December to the 14th of February 2014; the HKDI Gallery is hosting an all new solo exhibition featuring Belgian architect and designer Charles Kaisin’s series of works based on themes of motion and recycling created from 1999 until 2013. 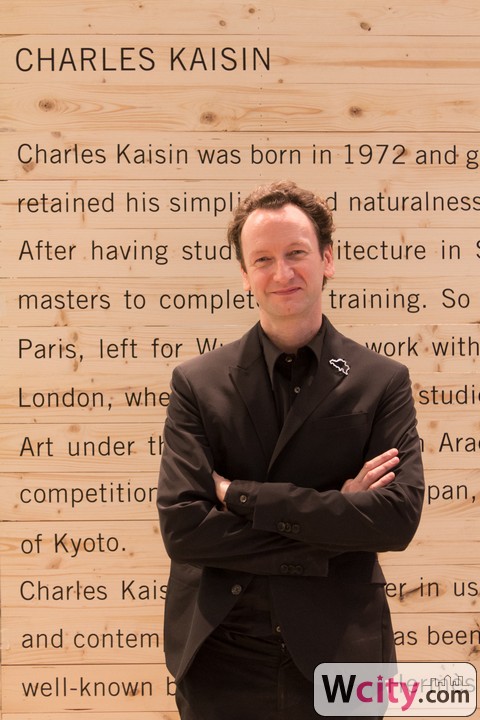 Well known for his use of sustainable and contemporary design; Charles Kaisin has been awarded the Most Innovative Object Prize at the Montreal Design Fair. From then on, he has been creating collaborative products with brands and was commissioned to design housewares item for the Royal Family. Recognized for the honeycomb structure he constantly relates to in this works; the entrance of the exhibition was filled with colorful K- benches designed in 2005. 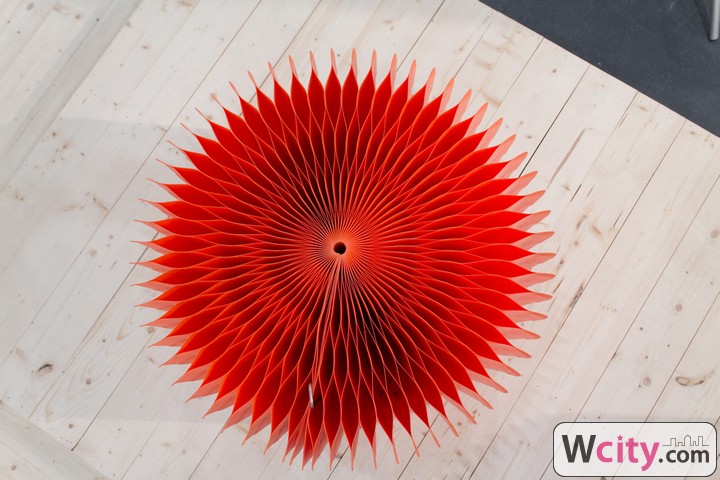 Tainted with different colors; the static connotation of a chair is completely redefined by his K Bench. Flowing with its extendable structure; it has been given the ability to be transformed into a linked bench by a simple pull and stretch, or into a stool by clipping it ends together with a metal clip. 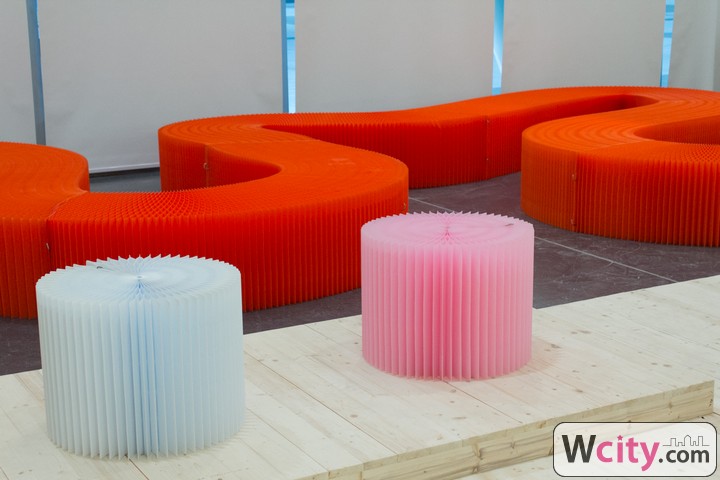 By joining several of these 300 cm long benches together; a visual impacting interior object sways across the floor forming a versatile and engaging piece of artwork. Apart from intriguing audiences by encouraging interaction through the motions that can be induced into his works; he also involved different people during the production process for his particular works. The chair made from newspaper strips has been used and sat on by himself for the past year; and as sturdy as it is, it also encompasses an interesting story behind. Made with magazines he has collected for 2 years; the materials were passed into the hands of 200 prisoners for them to hand cut each page into long thin strips of paper for application and resembling into a chair. 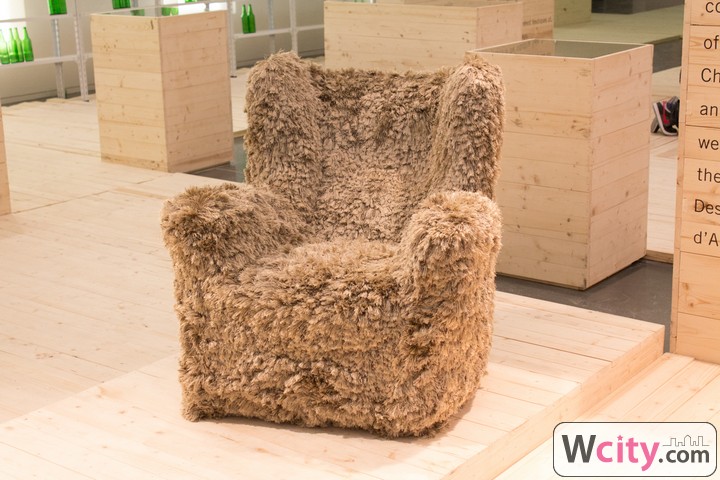 He also experiments with various materials; with one chair made with furry tassels that reassembles a huge teddy bear’s hug when sat on. 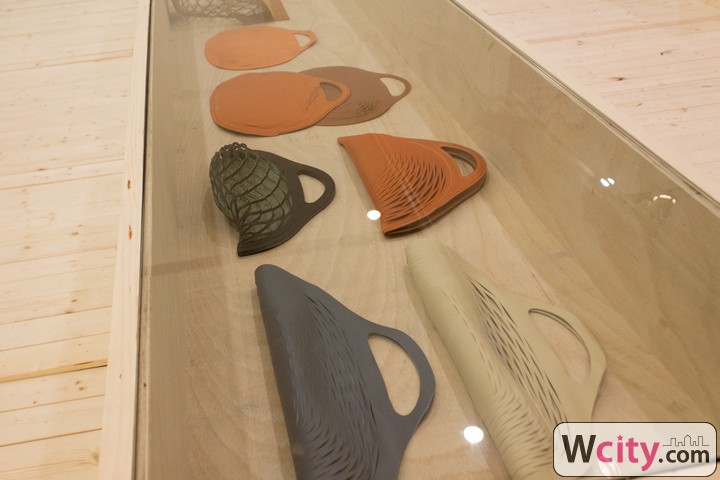 The only product that can be purchased this time round is his Delvaux Bag, which is offered at a limited pieces of 100. Made by cutting intricate lines on supple leather; the bag develop its own shape through time after contents have been carried in the bag. 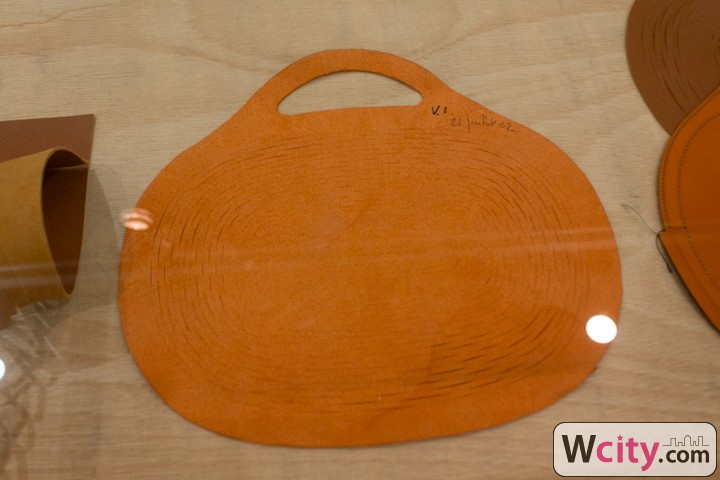 Also encompassing his signature honeycomb shape; the bag is minimalistic yet very unique in its change of appearance through time. 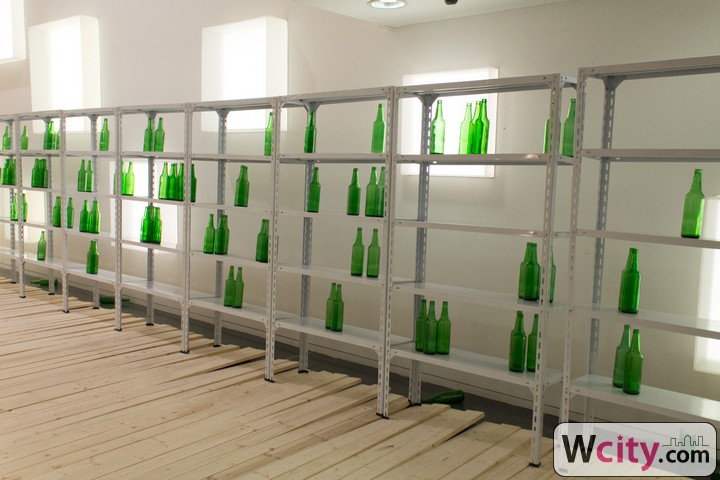 The walk through the exhibition itself was also a sort of performance art as wooden boards on the floor were deliberately made unstable so that guests can affect the status of the glass bottles lined on the shelves. Instead of quietly going through the venue like how usual art shows are like; we were constantly being accompanied by sounds of falling and breaking glass. This design has been taken from the Terremoto ‘ Earthquake’ project by Spanish artist Tere Recarens; where the reaction of the public is greatly valued over the results of the glass object, rendering the border between what is considered as art and non- art. 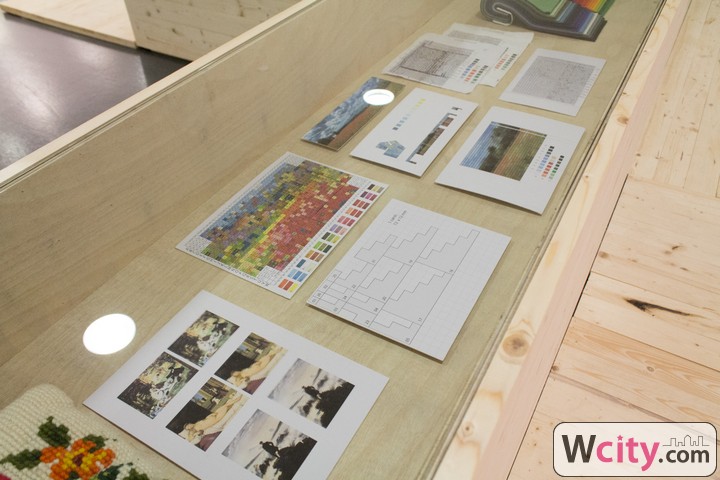 Aside from that, a mosaic inspired installation also took space against the wall in the gallery. Instead of using the usual mosaic materials to create an image; Charles Kaisin has wrapped felt fabric onto tiles and calculated the color placement in order to recreate a ‘blurry’ version of the initial image such as traditional paintings or landscapes. 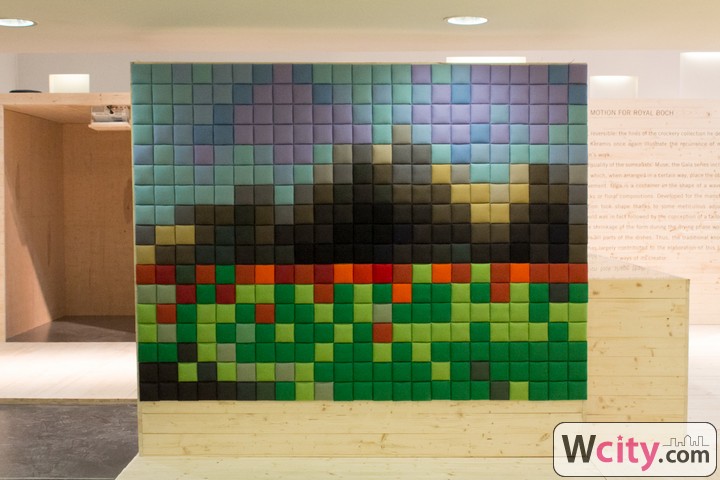 Pixels, 2009 depicts an image of a wild countryside with varied color tiles. 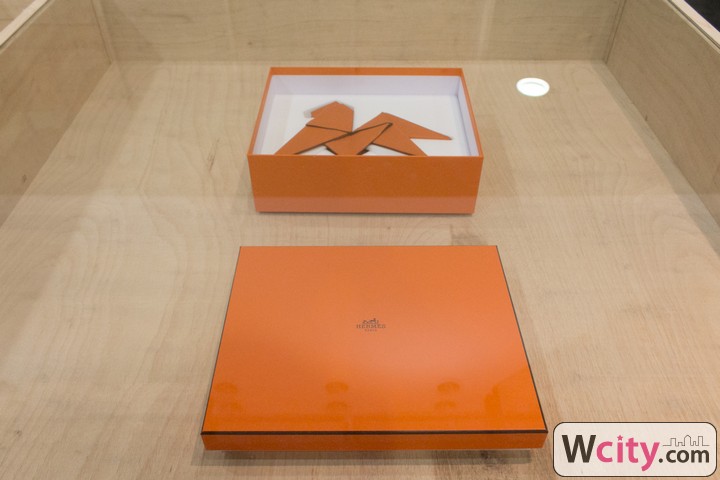 Mentioned previously, brands such as Hermés has commissioned him in making products with the brand; as well as a series of reversible earthen ware dishes for the Royal Family titles Royal Boch Dishes, 2004. 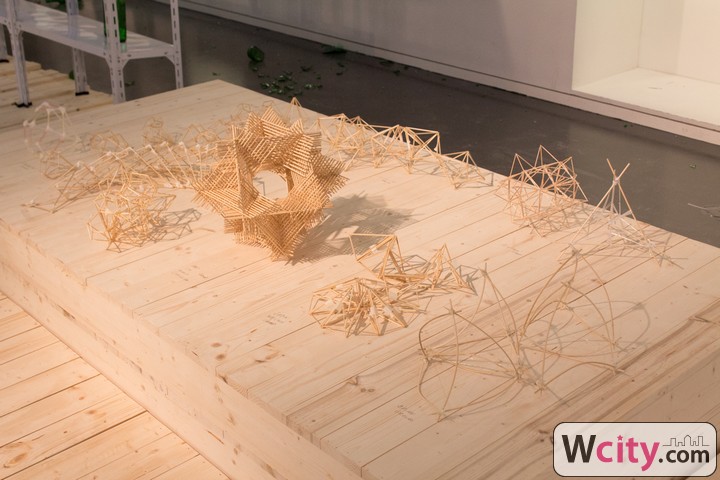 Charles Kaisin is also a guest speaker at the HKDI, educating and widening the scope of student’s imagination for product design.Together, they have experimented with constructing 3 dimensional shapes with simple materials such as wooden sticks, glue and elastic band. Student works are also showcased within the exhibition. One particular lamp shade was also redeveloped into a finalized product. 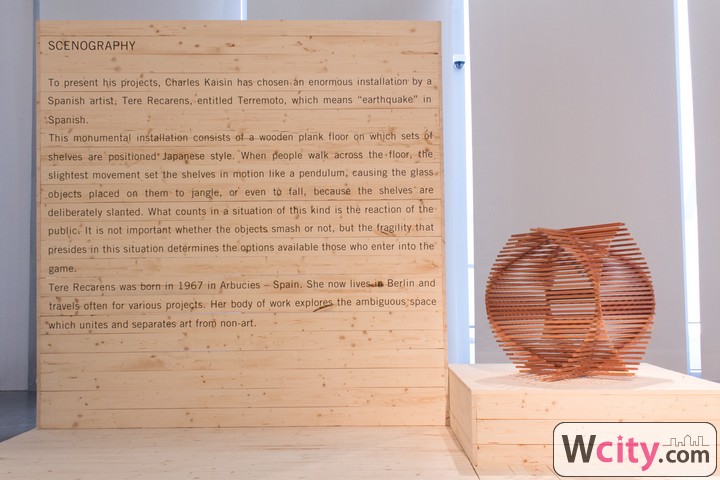 Visit the exhibition at HKDI to experience the real motion and sustainability behind Charles Kaisin’s works.