Contemporary artist Jenny Holzer will be opening her solo show in Hong Kong tomorrow at Pearl Lam Galleries, Central. Titled “Light Stream”, the exhibition is full of LED lights picked from 3 of her series; “Truisms”, “Living” and “Survival”. Originally printed on posters pasted anonymously around New York City during the 1970s, the “Truisms” which consists a total of 250 sentences are picked and translated along with portions of “Survival” into Chinese for the first time. 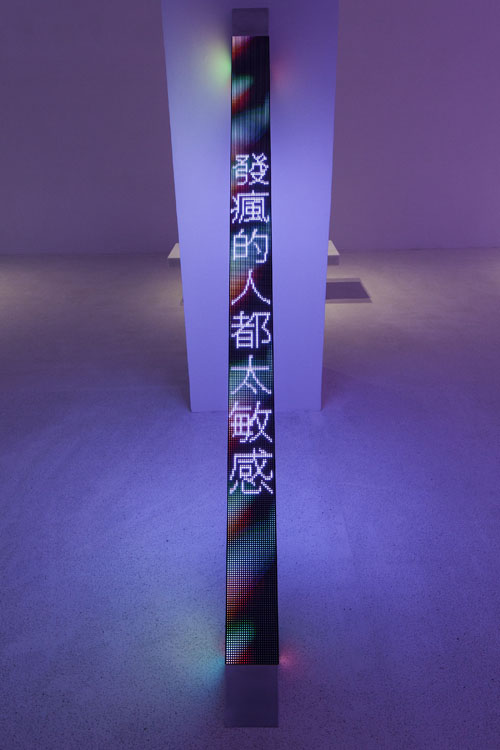 The texts made into these electronic signs are usually statements and quotes which reflect upon a wide variety of issues, spanning from notions of transparency to ideas of morality and power. With them toned in specific ways for the different collections, some alerting and some dialogue encouraging; Jenny Holzer explains that she would like her minimalistic works to appear as a much bigger challenge to realize rather than a piece bounded within the technology of light display. Not only do they raise questions through the choice of text, the meaning and the associations it has with the viewers; it is also a complicated large- scale display which is programmed to pulse at specific rates, lightening up the dark space with different colors of the LED lights. Personally, I would love to see Holzer’s white marble benches. 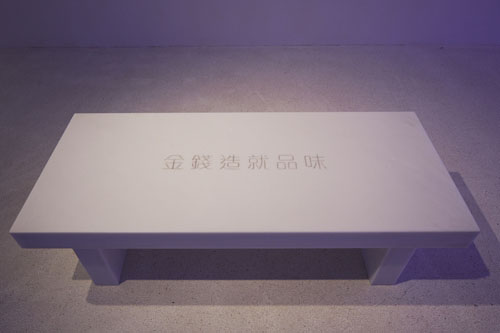 Encrypted with Chinese text, the classical sculpture is destructed and contrasted with statements such as “Money Creates Taste” and “Don’t Place too much trust in Experts”.
Recognized around the world, Pearl Lam Galleries is excited to present famous contemporary artist Jenny Holzer’s first ever solo show here in Hong Kong, stimulating dialogues between the different cultures of East and West through her usage of text in both English and Chinese under different contexts. 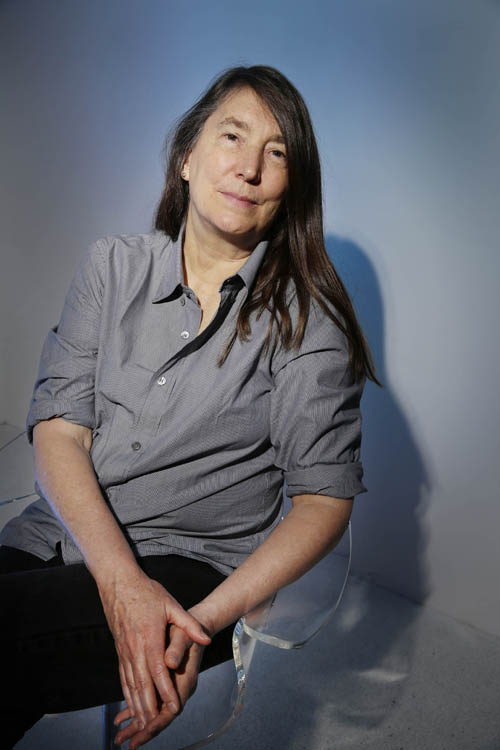